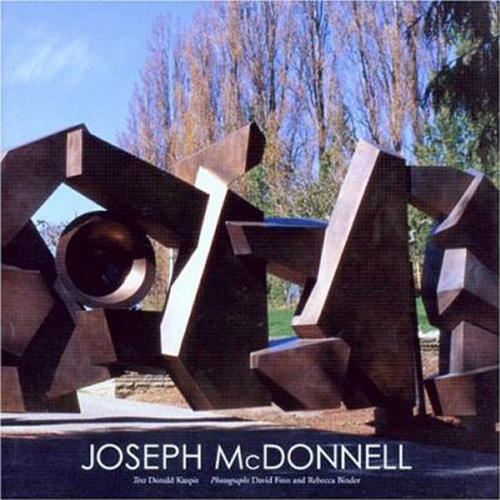 Joseph McDonnell started out as a figurative sculptor studying under renowned Yugoslav sculptor Ivan Mestrovic, but his major works vary from stark geometric forms to others more loosely connected. They range in size from small to monumental and include mobiles, wall reliefs, and, more recently, an exquisite series McDonnell calls "Ice Cubes." He has a flawless sense of mass and speace that produces an inner logic in the forms he creates. His work in bronze and granite contains overtones of ancient civilizations and their symbolism deals with the primordial objects of life: the sun, the column, the arch.