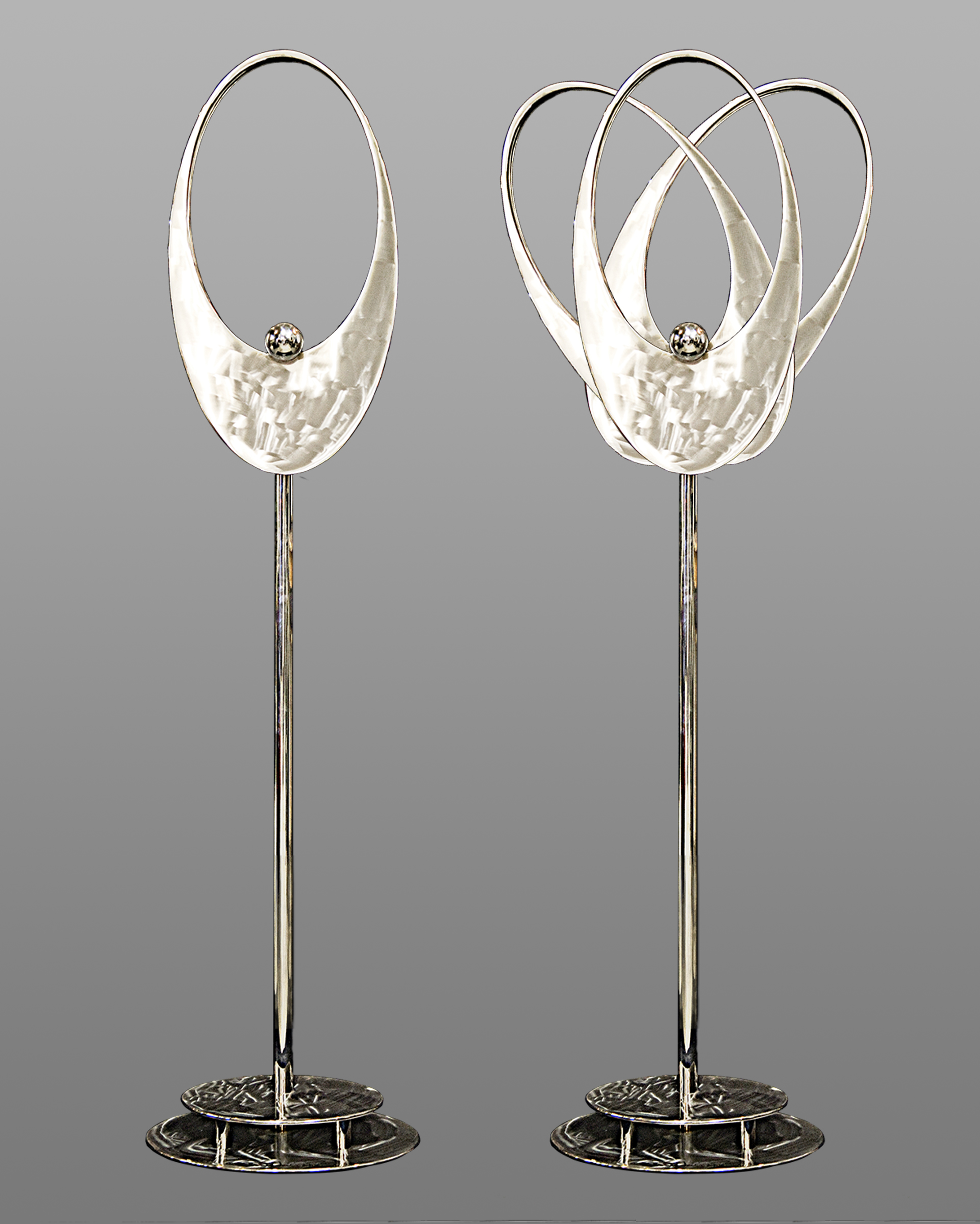 From the time RW was very young he considered himself a mathematician. He had an innate ability for numbers, and it was his love of numbers, that led him to engineering and design. As a young man he saw himself working in aerospace -his goal was to design planes.

He loved planes. Maybe it was because his father flew B-17s in WWII. His father was shot down over Germany, and spent 2 years in a German prison camp, but RW still had a love-affair with flying machines. So, as soon as he was out of school, he left Indiana and headed to California, where he entered the Northrop Institute of Technology and College of Engineering. After a few years in school -reality started to sink in. He was tired of spending time in a classroom - he wanted to be a part of the real world and have his own business. The boy’s dream of creating planes had come to an end.

While visiting New Mexico, RW was introduced to a jewelry designer, who inspired him to create jewelry. The idea of working with precious metals seemed natural to him. Designing jewelry allowed him to utilize his skills and express his creativity. He soon found a market for his creations, which led him to open a jewelry store, where he sold and designed custom-made jewelry. He later became a certified diamond grader and certified colored stone expert. But after twenty years, he felt as though each day was a page in a book that he was reading over and over again...something missing. He remembered how he had longed to design planes and how he wanted to work with metal on “a larger scale.” He felt as if an “idea” was whispering in his ear, but he was too busy juggling life to listen.

It was about this time that RW’s life started to unravel. He lost his daughter when she was eleven years old. After that life shattering event - his personal life, hiswork, his faith – it all “hit a wall.” It took a very long time, but he slowly put himself back together...but he would never be the same. He found solace in the writings of Eckhart Tolle. He studied ways to find peace and “live in the now.” It was Eckart’s work that helped him move forward.

After the healing, he regained his focus and found himself wanting to move to the desert. It was in the desert, that he started to have vivid dreams. In his dreams he saw images of moving sculptures. He would get up in the middle of the night, so that he could capture the images on paper. Using his engineering and design knowledge, he started “bringing these dreams to life”.

For more information
Thank you! Your submission has been received!
Oops! Something went wrong while submitting the form.